How to take a Screenshot on Windows 10 and Windows 11

Are you wondering how to capture screen in Windows 10 and Windows 11? Do not look any further. In this article we show you what are the easiest methods to take screenshots of what is happening on your computer screen.

How to capture screen in Windows 10 and 11: all possible methods

There is no single method that allows you to capture screen in Windows 10 and Windows 11. Therefore, we will show you all of them here.

When using this button, the most usual thing is that nothing happens. However, the screenshot will be moved to the clipboard. How can you get it back? With a compatible application, such as Paint. If you open a new drawing and use Ctrl + V, the image will be pasted on the canvas, as you can see in the screenshot below.

You can also directly paste the content of the clipboard in applications such as Word, email, WhatsApp or Telegram. That is, you do not need to save the screenshot as a file if you intend to share it through any of these channels.

Remember that, apart from the individual use of the Print Screen key, the Windows + Print Screen combination offers exactly the same results. The difference is that, in this case, an animation appears confirming that the capture has been made.

Capture screen in Windows 10 with the Snipping Tool

The snipping tool is an application included in Windows 10 that allows you to capture the screen in an advanced way, without the need to install any application. There are several ways to access it.

The first is by setting the Print Screen key to launch it. Do this by opening the Accessibility section of your computer's settings. There, access the keyboard settings and locate the option Use the Print Screen button to open the screen clipping.

Several options will appear on the screen that will allow you to capture the screen. They are the following:

When you have used the one that best suits your needs, a notice will appear in the notification area confirming that the screen has been captured.

By clicking on it, you can edit or save the capture. Oh, and don't forget that it's automatically stored on the clipboard, just like the Print Screen key.

Another way to access the snipping tool is to use  Windows + Shift + S. Then, the same options that we mentioned before appear. 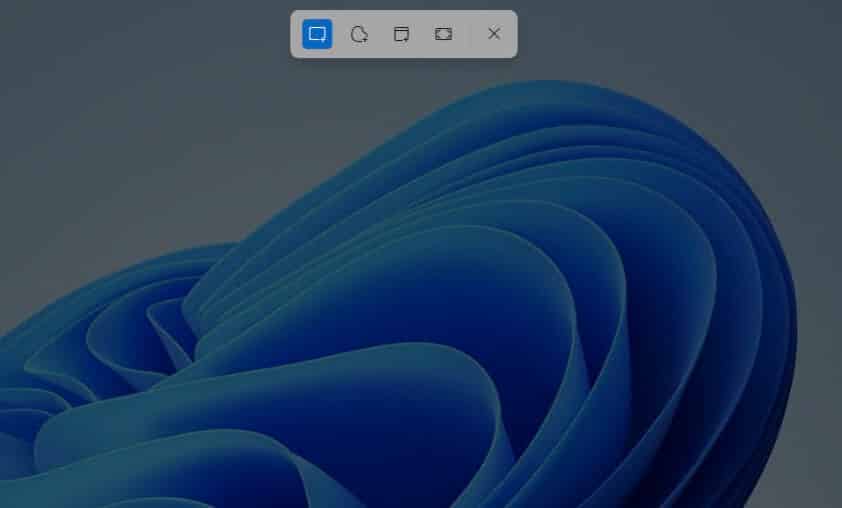 The snipping tool also has an interface that adds some cool options to the screenshot process. You can access them if you locate the tool with Windows 10 search.

Its appearance is as follows:

Among the options are the same modes that we have already seen in the previous sections.

In addition, you have a timer that will help you capture the content of the screen at the exact moment.

Then edit the screenshot by adding drawings or other elements.

It is possible to save your captures in any directory of the storage. Supported export formats are PNG, JPG, and GIF.

Take a screenshot in Windows 11 with Xbox Game Bar

Another option available to you to capture the screen on your computer is to use the Xbox game bar. It is built into the system natively and appears when you simultaneously press the Windows + G keys.

Once the set of tools appears on the screen, click on the Capture button that you will see in the upper left window. If you follow us, you will already know that this is one of the methods that we recommend to record the screen of your computer. It worked on Windows 10 and it also works on the latest version of the operating system.

The last option that we propose to capture a screen in Windows 11 is to install a third-party tool. Where can you find it? In the Windows Store, for example.

There we come across utilities such as Capture Screen. It is free and can be easily installed from the Microsoft Store. 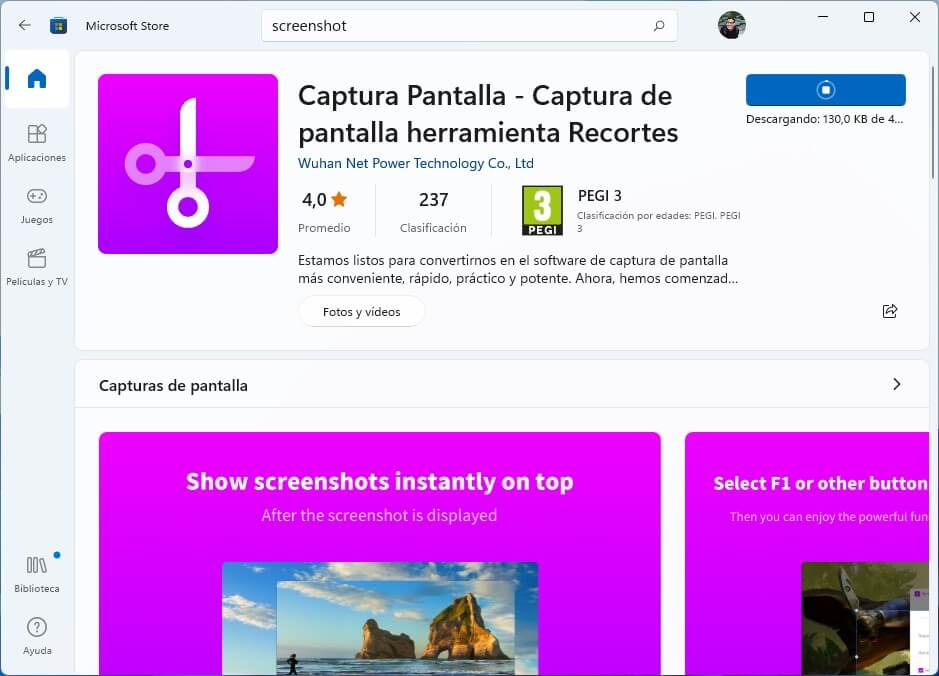 Its interface is simple and it is capable of assigning a key to quickly capture the screen. In the same way, it allows you to enable the start with the system so you don't have to go looking for the tool. Thus, the keyboard shortcut you choose will always be available. By default, the F1 key is used.

Once you press it, you can choose the part of the screen you want to capture. Cleverly this application delimits the windows, but it is also capable of capturing the entire desktop.

After capturing, the tool allows you to add some elements to the image, such as freehand drawings or text.

Although we have used this application as an example, there are many others, both in the Microsoft store and in other repositories. If you want to know some of the best, take a look at the compilation that we prepared.

What is the use of capturing screen in Windows 11?

If you have come this far, you already know what are the best methods to capture screen in Windows 11. But why is it useful to know them? Taking snapshots of the content on your computer screen is useful for a multitude of things.

For example, you think you need to tell a friend where a certain Windows setting is located. It will be much easier if you use an illustrative image. Or imagine that you have to prepare a document explaining a step-by-step process. It may even be possible to capture a screen in Windows 11 to store some content that interests you, such as images from a website or text.

As has been shown, the tools included in Windows 11 meet all needs in this regard. However, if you need an advanced utility, we advise you to opt for third-party applications.

To finish, we can only ask you one thing. Tell us in which cases you usually use this type of tools and the screenshots. Leave us your opinion in the comments. We read you!

How to have infinite water in Minecraft?

Windows 10 logs out immediately after signing in

How to delete or delete books and documents on Kindle

Choose the right Drupal modules from the start!

How to have infinite water in Minecraft?

Windows 10 logs out immediately after signing in

How to delete or delete books and documents on Kindle

Choose the right Drupal modules from the start!